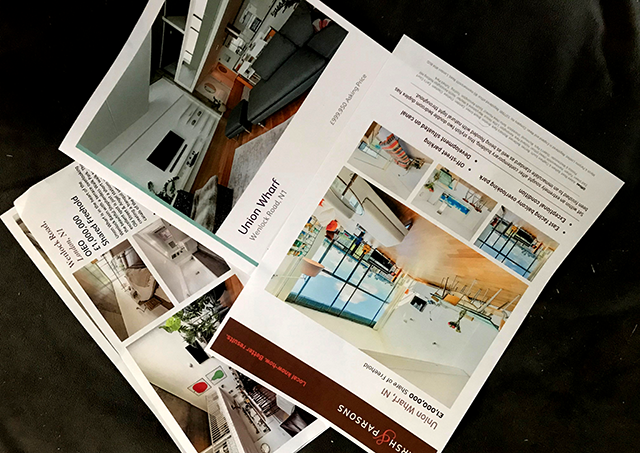 R and H contacted me in December and we arranged a Skype call. They had been looking for their next purchase for a few weeks and had lost out on a property six months earlier. I think they were getting a little despondent and they were looking for someone that could handle the buying process and fight their corner.

After a few Skype calls, we settled on a brief. This was going to be an exciting search! They wanted a light/airy upper floor or warehouse style apartment.

And so, I went out on the road! The search area was quite a large one actually.

The area above Old Street has many different surrounding towns so I registered with agents in Aldgate, Haggerston, Clerkenwell, Upper Street & Old Street.

The net was spread wide – and I started previews. Yes, we had the brief, but to truly gauge a client’s feel for a property, you have to view it with them and as my client was a couple, it was best to do this together. It was a successful first day and I could see they were really set on light open spaces.

The following week, I previewed some apartments in a lovely building called Union Wharf. It offered that airy feel that my clients sought, with a double height ceiling in the reception room. There were a few on the market at that time at £1M and over. This would be a challenge, as their budget was closer to £900,000.

R+H loved the building. I always instruct clients to keep a poker face during a viewing so as to not give the game away with an agent. However, on checking my phone in the lift on the way down the building, there was a text from H saying “we LOVE it!”.

So the challenge now was how to negotiate over £100K from an asking price? The apartments were all very similar so we had options. It was just a case of finding that “motivated seller”.

It was December, which to me is always the best month to be out looking. I find sellers are generally more motivated than other months, I mean why else would you have a property on the market in the coldest, darkest month of the year when everyone else is thinking of is Christmas? This may sound like a joke, but if you think about it, would you market a garden flat in winter or summer? And if one is on in winter, why is it on? Surely the seller must be more motivated, otherwise, he/she would wait until a warmer month when the garden could be viewed to its full potential!

Don’t be intimidated when making an offer

The first offer is never accepted, bear this in mind and go low and when I say low I mean look for the abyss. I started off with a figure of £850,000 to test the market. That agent was a little taken aback and called to ask if I had made a typo in the offer. A good tactic from his point of view, being flippant, and suggesting that I was in cloud cuckoo land! He wanted knock me off my perch and for me, the bigger picture was to get my clients a deal. I wasn’t fazed, just because he thought I was mad, didn’t mean the next agent or owner would and in this buyers market, the only madness would be an asking price offer!

The seller had a tenant in situ – a false economy!

One of the apartments was tenanted. This is another big mistake from an owner’s perspective, in my book. Tenants quite often make estate agents’ lives a lot harder. They restrict viewing times, they do not leave the property looking as nice as an owner, they have no incentive to help get the maximum price. Selling with a tenant in situ is a false economy. Yes, a landlord will avoid a void period, perhaps, but I would argue that the sale price will be higher than any rent lost during three months of a sales transaction. A better option would be to vacate a tenant, decorate and dress the property and sell. Then, during the legal process when you have a buyer, do a short let on the property, Airbnb for example. You also appear less motivated to buyer agents like me!

So as you imagine, I envisage that the tenanted apartment would be our best bet for a discount so I opened negotiations with this agent. The offer was received slightly better this time in that I was politely told it was too low. But I had an idea that this owner was more open than the other. Timing is everything, and over the next few weeks, we increased very slightly until we got to a point of £897,000 and left that on the table. I knew this was low, the most recent sale had gone through in the building for £960,000 in December.

The way you make an offer is important. Not only do you need to demonstrate how serious you are by providing mortgage broker and solicitor information, you also need to create a story. Our story was to play on the poor London market. I used current information and added this to the offer. I didn’t want to just give a crazy low offer without having an argument to back it up. 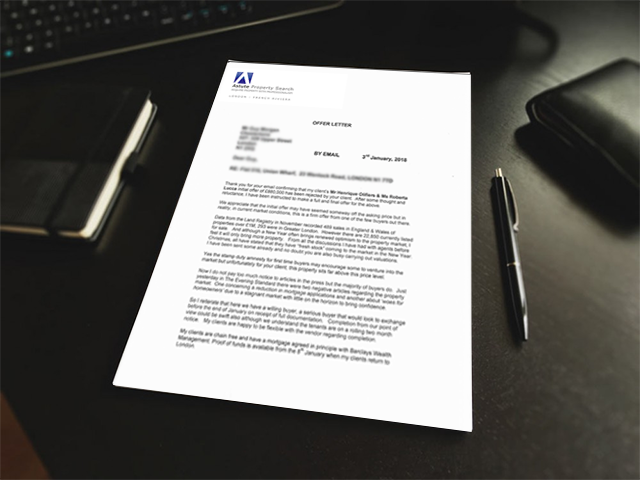 If the property you want is not on the open market, doesn’t hurt to canvas the block yourself! This is what I do for clients. #buyingagent #propertyfinder #realestate #london #oldstreet

What we did have in our favour was that it is a buyers market. Properties at this level were not flying off the shelves and my clients were cool, they really trusted my judgement and let me handle the process. So we sat tight and left the offer on the table, we didn’t walk away but we let the seller make the next move. Yes, we could have lost the property to another buyer but that was the risk we took. I was confident they would come back to us.

If you’re also thinking now is the right time you take advantage of this market, and would like to have a chat about it, just send me an email  or give me a ring on 020 7409 5270.

In the meantime, I made it known to the agent that I was writing to other residents in the block. you never know, maybe there was an owner out there that wanted an off-market sale. This also demonstrated that we were one serious about the block, we were buyers but not also fixed on one unit. They could lose us.

Luckily the agent came back to me the next week asking why we hadn’t increased? I asked if there was much point? We were miles away from what they wanted, and my clients weren’t ready to increase their offer by much. The sellers didn’t want to sell at the level we had offered. So we went up to £910,000 as our “full and final” offer, and they accepted. We got the ball rolling and within 4 weeks the deal was done. It helped that we had a great solicitor on board, Sonal Ghelani of Bolt Burdon.

Sometimes it’s hard to quantify how much I save clients, but the fact is that during this transaction time period, 2 identical properties in the same building sold for £985,000 and £960,000 respectively. By treating this as a business transaction, without letting emotions take over, I was able to save my clients at least £50,000 even after paying my fee.

Below is a picture of me celebrating with them after they got the keys! 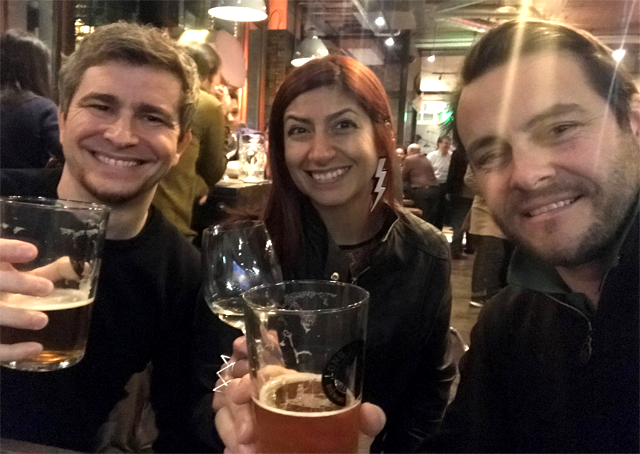 If you’re looking to buy a property in London, and want to make sure the negotiations are in your favour so you are confident you will get the best deal and value possible, I am happy to chat through your options – email me  or call 020 7409 5270 so we can discuss your property.

It’s no secret the property market in London is engineered to serve the sellers: estate agents have landlords as their real clients, leaving buyers to fend for themselves in a setup filled with smoke and mirrors. In our search for a new home, this became quite apparent as we had two consecutive deals fall through, each representing a huge time and emotional investment that went down the drain without a single blink from the agents involved: they couldn’t care less.

At some point we stopped and thought: ‘Wait a second… There’s got to be a service our there for buyers, someone who can help us with this process, to bring some balance by fighting on our corner’ — and to our surprise, there was indeed. We found Matt.

Initially, our intention was to save us time by having someone to take our brief and go out finding relevant properties that spoke to our hearts, rather than having to go through an endless parade of random stuff estate agents invariably threw at us. That would already be a win in our books.

As soon as we started working with Matt, it became clear that it went much deeper than that. First, it readdressed the imbalance towards the sellers, as Matt knows the lingo of the agents and spoke to them in a way we never could, streamlining conversations and removing the fog from the equation. This quickly translated in much better offers being discussed, meaning we would likely end up paying less.

The real surprise came with how close to the mark every property we saw were to our original brief, and how fast we managed to find places we could see ourselves living in, with no waste of time on our end. Matt did the heavy lifting, and got us to only consider properties that spoke to us. We certainly expected some of this to happen, but not to the extent that Matt enabled. I believe we not only found someone to fight our corner, we found the best out there.

It all came together with a successful completion in a fraction of the time it would have taken for us to find something and then put down an offer if left to our own efforts. And it happened with a favourable discount, greatly outweighing the fees we paid for the services.

Next time we set out to buy another property, we know where to start: by calling Matt.